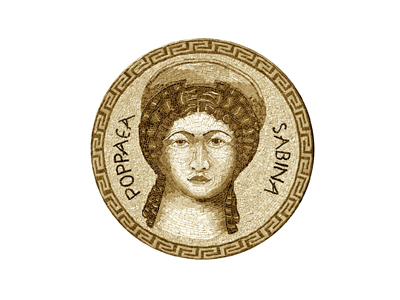 Poppaea Vineyard LLC was established in May 2009 and the first planting took place in 2010 with additional planting each year since then. Currently there are about 2500 vines, all Italian red varietals. The site became bonded in January 2013 and it is expected that the tasting room will open for visitors in September 2015 after all of the wines will have had at least 2 years of aging in line with Italian guidelines. The strategy is to recapitulate the best red wines from Piedmonte, Tuscany and Umbria but in a Californian setting. Critical to the approach adopted by Poppaea is that all the grapes should be derived from the estate and processed on site – no importing of ‘foreign’ grapes – in this way it is hoped visitors will experience the true ‘terroir’ of the Ramona Valley AVA. Poppaea is derived from the name of the Roman princess, Poppaea Sabina, who used her beauty, charm and intrigue to seduce Nero and subsequently marry him. The company is jointly owned by three family members: John, his wife Marion and son Benjamin who originate from England and who settled in San Diego about twenty years ago.