Headliner Steve Mazan is a Comedian, and Emmy-Winning writer. After serving for five years on a US Navy submarine, Steve decided to come up for air and start telling jokes.

In his decade plus in the entertainment industry he has performed on many television shows including the Late Show w/David Letterman, and won awards for his time writing on Ellen Degeneres’ talk show.

From performing at clubs, festivals, colleges, corporate events and cruises, to writing on television shows & movies, and even warming up audiences at TV tapings, Steve has almost done it all in the comedy world.

He is most proud of his 8 trips to Iraq & Afghanistan to perform for the troops.

Tickets can be purchased in the tasting rooms, OR with the link on this post. We hope to see you there! 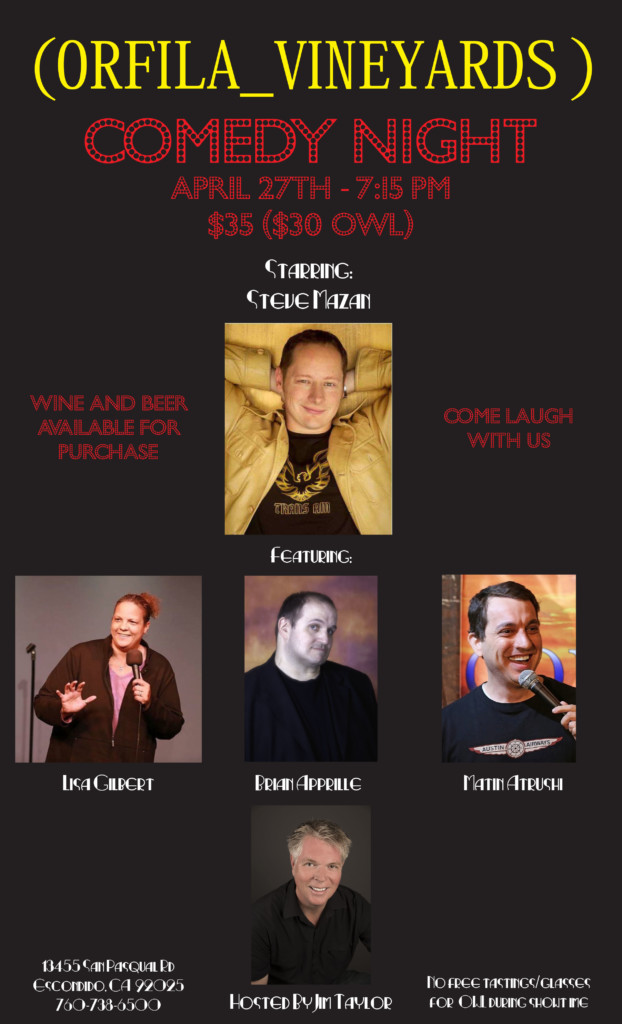